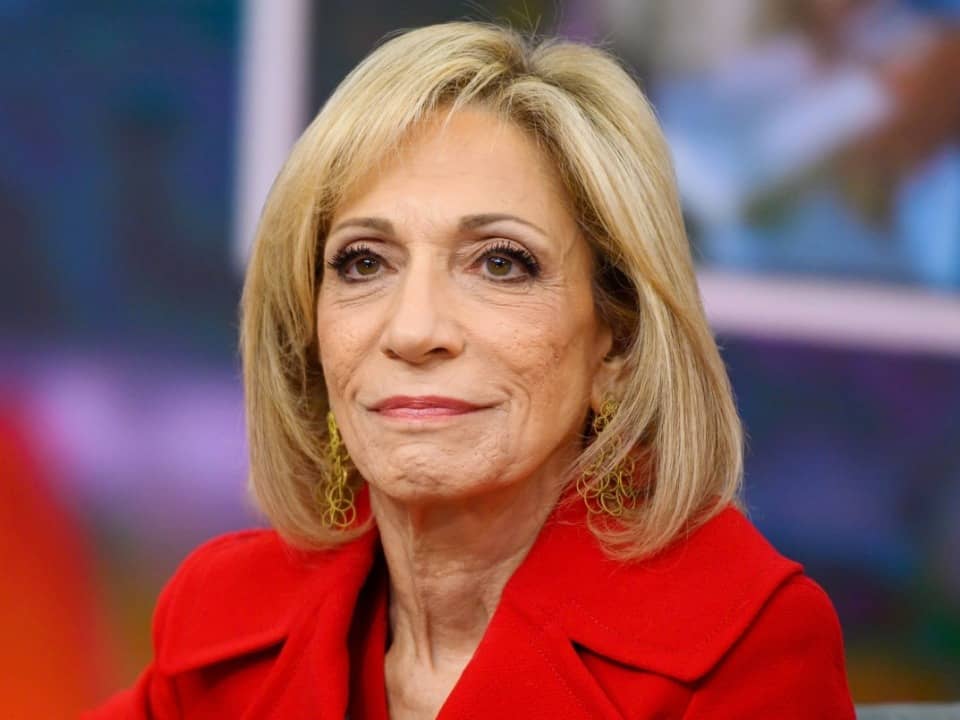 Andrea Mitchell is a famous American journalist, anchor, reporter, and commentator. She works for the very popular news channel NBC and considered a pioneer in her field who covered many important events in American politics, including the presidential election of 2008. She co-moderated the fifth Democratic presidential debate in 2019. Andrea is also the host of “Andrea Mitchell Reports”, an exclusive NBC program.

Andrea Mitchell was born on October 30, 1946, in New Rochelle. She grew up in a Jewish household. She is the daughter of Sydney Mitchell and Cecile Mitchell. Her father was the CEO and partial owner of a furniture manufacturing company in Manhattan. Apart from this, he also became the president of Beth El Synagogue in New Rochelle. Her mother, Cecile, was an administrator at the New York Institute of Technology in Manhattan. She has a brother Arthur Mitchell and a sister Susan Greenstein. Mitchell attended New Rochelle High School. She then attended the University of Pennsylvania. In 1967, she received her Bachelor’s degree in English Literature. She served as news director of Student Radio Station WXPN while studying at the university.

After graduation, she stayed in Philadelphia, where she worked as a reporter at KYW radio. During Mayor Frank Rizzo’s administration, she rose to prominence as the station’s City Hall correspondent. She also reported for station KYW-TV. In 1976, she moved to WTOP (now WUSA) in Washington, DC, and later moved to NBC’s news Operation, she worked as the general correspondent In July 1978. In 1979, she was named the NBC News energy correspondent. She reported on the late 1970s energy crisis and the Three Mile Nuclear accident.

In 1988, she was named the Chief Congressional Correspondent. And in 1992, she was named Chief White House correspondent. Since 1994, she has been the Chief Foreign Affairs Correspondent for NBC news. Since 2008, she has hosted a program ‘Andrea Mitchell Reports’ on NBC’S news & commentary channel MSNBC. It broadcasts on weekdays at 12 noon. She has appeared on and guest-hosted ‘Meet the Press. She is also often the guest on ‘Hardball with Chris Matthews’ and ‘The Rachel Maddow Show.

Because of her remarks and statements, she has been dragged into several controversies. She was part of the Plame Affair. She was questioned by the FBI for her part in Valerie Plame’s leaked Identity. Andrea was also a part of the Sudanese incident. She was forcibly ejected from the room after asking the Sudanese President some hard and blunt questions. She later said that it’s their job to ask questions, and it is inexcusable to drag a reporter out just for asking questions.

On June 5, 2008, during an appearance on MSNBC, she referred to the voters of the Southwest Virginia region as ‘rednecks’. She later apologized on air for her remark. In February 2019, she commented that the Warsaw Getto Uprising was against Polish and Nazi ideologies. For this comment, she was sued by the Polish court and she ended up apologizing on Twitter. Even after such neck-to-neck incidents, Mitchell continued being her old self.

Mitchell has been married twice. She was first married to Gil Jackson. And they got divorced in the late 1970s. On April 6, 1997, she married her second husband Alan Greenspan. He was then the Federal Reserve Chairman. They have a long and lengthy relationship. Mitchell revealed that she was diagnosed with breast cancer on September 7, 2011. It was caught early and treated and she soon became cancer-free.

She is renowned, respected, popular and one of the most experienced journalists and hosts of the NBC channel. She receives a massive salary of $1 million per year along with perks and allowances and also owns several expensive cars and luxuries. As of 2021, it is estimated that her net worth is a whopping $8 million.