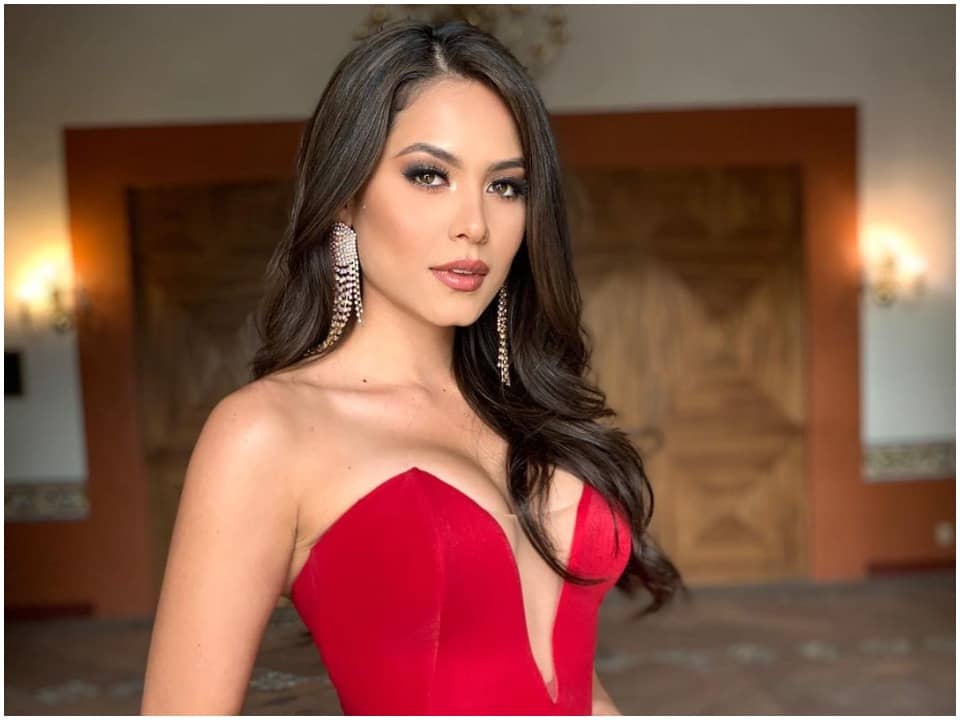 Andrea Meza is a young beautiful and intelligent professional model who has won many titles under her name like Miss Chihuahua 2016, Miss Mexico 2017, Mexicana Universal Chihuahua 2020. Just a while ago, she won the title of Miss Universe 2021 where she represented Mexico. She handed over her crown to Harnaaz Sandhu after she’s been titled Miss Universe 2021 last night in Eilat, Isreal. After leaving the crown, she joined the Telemundo network and now she is looking forward to adding more feats to her portfolio in the fashion world.

Andrea Meza was born on August 13, 1994 as Alma Andrea Meza Carmona. She was born in Chihuahua city in Mexico to her parents Alma  Carmona, her mother, and Santigo Meza, her father. She is known to have two siblings and is the oldest of all three daughters. As for the education of Andrea, her school’s name remains unrevealed but as for her college and University education, she enrolled for the Autonomous University of Chihuahua from where she graduated with her degree in software engineering in 2017 after which she started working as a software engineer along with her career as a model.

Andrea started her pageantry career in 2016 after she was selected at the Miss World Mexico where she represented Chihuahua. In the pageant, Meza reached the top five and was among the two contestants who were crowned as Miss Mexico 2017 where she was crowned by Ana Girault who was Miss Mexico 2016. The Miss World pageant held in 2017 was won by Manushi Chhillar of India, where Andrea was labeled as the first runner-up of the competition, and in addition that, she was also labeled as Miss World Americas which placed her within the 2017 Miss World Continental Queens of Beauty. In 2020, Meza was crowned as Mexicana Universal Chihuahua through which she got to represent Chihuahua at Mexicana Universal 2020 when the final was held in November 2020 at Queretaro City and was ultimately crowned as the winner.

The Miss Universe competition held in May 2021, at Seminole Hard Rock Hotel and Casino Hollywood in Holly wood was won by Andrea where she was crowned as Miss Universe 2020. On the ramp of the final round of Miss Universe 2020, Andrea was questioned by the judges about if she was a leader, how would she have controlled the situation of the pandemic? The judges were quite impressed by her answer to the question that there wasn’t a perfect way to handle the situation of this pandemic and she would have announced lockdown much before the loss of many lives as the citizens are precious and they can’t afford to lose them. So, she would have taken care from the very beginning. After the question-answer round, Andrea was crowned as Miss Universe 2020 by the former Miss Universe Zozibini Tunzi of South Africa.

As per the sources, it has been found that Andrea is currently dating her boyfriend Diego Garcy. Diego is well educated who has a degree in business administration and plays football. Miss Universe 2020’s boyfriend won the title of Mister Supranational 2016 and was also labeled as Mister Mexico.

Andrea earns an estimated net worth of $ 2 million USD through her career as a model. She can be seen in brand promotions, photoshoots, and also as a brand ambassador. She earns not only as a model but also through her profession as a software engineer. The beautiful intelligent woman is expected to have a rise in her net worth after winning the beauty pageant.