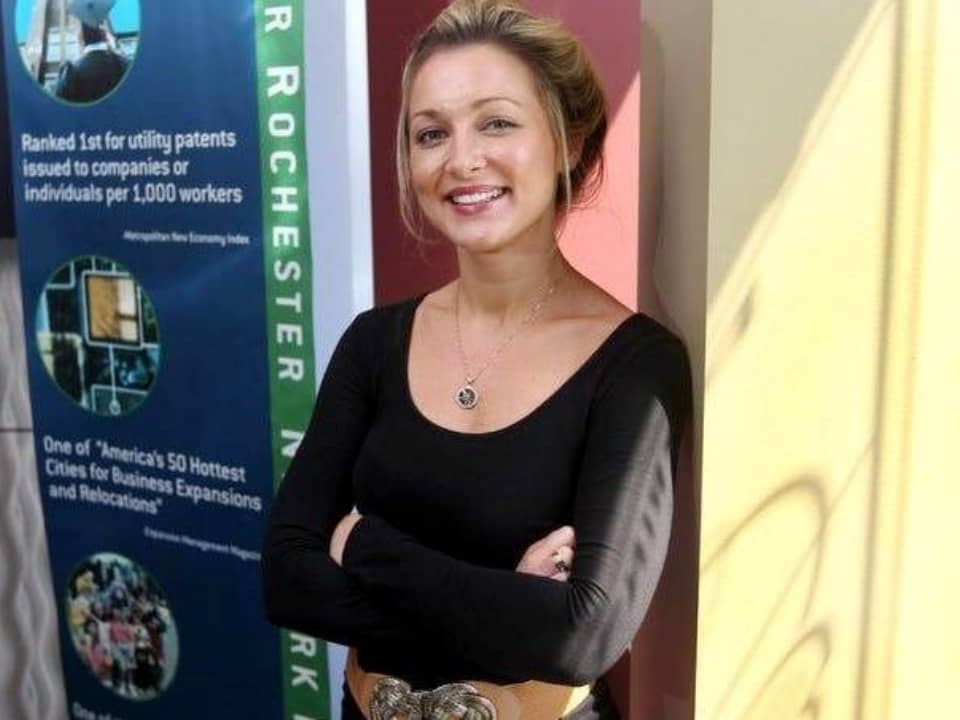 Ana Liss is one of those 11 women who came forward and informed the media about how Governor Cuomo accused her. She disclosed her statement about being sexually harassed and felt glad to Attorney General’s investigation that the news was public now. Though late she felt the sense of vindication for the women who spoke out. Ana liss worked as a policy and operation aid from 2012 to 2015. She came forward to talk about the whole scenario earlier this year. She disclosed that the Governor exhibited inappropriate behavior towards her.

She was born in South Wedge probably in 1985 or 1986 as she is 35 years old currently. As far as her family members’ details are concerned then it’s not available maybe because of their privacy or safety. For her education, she went to a grad school at Penn in Pennsylvania and later enrolled at Ithaca College for graduation. After completing her graduation, she worked in the local news at NBC affiliate for Elmira/Corning and also gained experience working at Channel 13 during weekends.

Talking about her career then she mostly worked as an employee in several government departments. Prior to joining the Cuomo office, she joined the Center for Governmental Research and also worked at Greater Rochester Enterprise. Later, she went to the Andrew Cuomo administration and worked as a policy and operations aid during 2013-2015. Although, because of her serious allegations against Andrew, she had to leave that job and now working at Monroe County as the Director of Planning and Development.

What was the whole story?

Liss told the new channel “News 8” that the governor kissed her cheek, touched her lower back, and asked her if she had a boyfriend or not. Thereafter, the workplace became hostile and toxic for her when it all became uncomfortable for her. The moment when Liss came forward with her story, she was the third former aide to do so. She also acclaimed other women who came forward to speak about themselves. Ana revealed that she had to collect a lot of bravery and courage to speak out of her mouth. She and other women were all paid professionals who always had a great working place and had to give a personal price for unveiling such thoughts.

She hoped that disclosing the thoughts might have changed the culture around workplace harassment. A former aide of Governor Andrew Cuomo witnesses that he had asked Liss whether she had a boyfriend or not, called her sweetheart, touched her at the reception, and kissed her hand when she stood up from her desk. Ana Liss served the policy and operations aid between 2013 to 2015. She witnessed that Mr. Cuomo’s actions were voluntary and unprompted. He behaved that way during the first year of her job. She used to sit on her desk that was quite near to Cuomo’s office in the executive chamber of the capitol. In one of her interviews, she discerned Mr. Cuomo’s conduct as non-dangerous flirtation. Over time, she came to see this as humiliating action and added that it diminished her from the most educational profession.

In her two-hour meeting with the officials, she revealed that she answered all the questions that were related to her time in the Governor’s office between 2013 and 2015 detailing the whole scenario. She described the incident to be unsolicited by the Governor. The governor made the whole environment to be truculent and conducted a hostile sexual work environment for everyone. She also revealed that for a young lady like herself, it was becoming toxic and verbally abusive for her. On the other hand, Charlotte Bennett and Lindsey Boylan who also accused Cuomo of sexual harassment had meetings with the investigators. The investigation had been put on the case revealing the multiple sexual harassment accusations against Mr. Cuomo.

Based on what we saw on her social media posts, she is married to a guy from New York. She posted on Twitter about him in October 2020 when she accepted the proposal to turn this relationship for good. We don’t know exactly when they got married but she said earlier that she would be marrying him in December 2020.