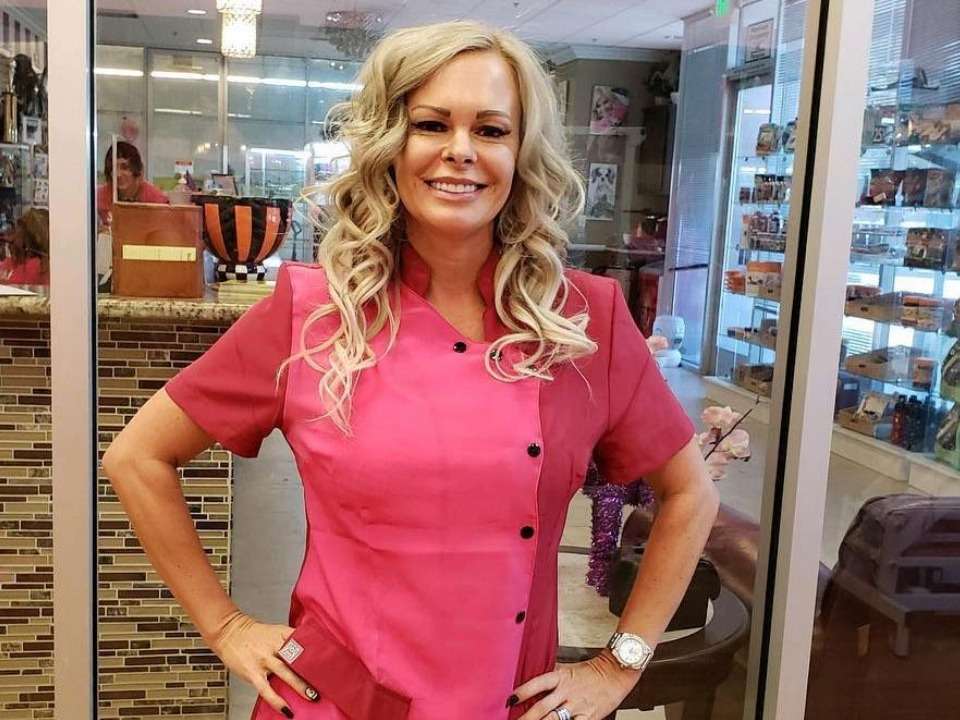 Amber Lewin is one of the world’s most well-known dog groomers and is currently seen on dog grooming reality competition television program known as Pooch Perfect. Besides this, Amber is also a businesswoman who operated her family-owned company.

Amber is currently 44 years of age, though it is not known when she celebrated her official birthday. She was born in a wealthy family, who were in the salon business for a long time, but not much is known about her family as well. Lewin from a young age had been helping her mother in her salon, even though at first she found the job to be very direct and dirt cheap but then later Amber turned the business into a glamorous and luxurious lifestyle. Not much is known about Amber’s education as she has never reflected upon the topic. She was helping in the family business since a young age and is also currently responsible for taking it further.

Amber has been into grooming almost her life. Her mother operated a salon, so naturally Amber helped her mother from a young age. By the age of 14, she would groom any dog. In 2005 Amber along with Jeff started Amber’s Mobile Pet Salons Inc and since then has been in the pet business most of her life. Later she appeared on the animal planet reality show Groomer Has It season 1, and won the Groom off broadcast on the Today Show in New York. She also started a Mobile Pet salon company that offers various services for pets.

Now Amber has ventured out into many businesses such as pet spa and boutique in South Corona, Ambers Luxury pet hotel and now has combined the pet spa and hotel which makes Ambers Luxury Pet Hotel & Spa You. In 2020, Lewin appeared on the dog grooming reality competition television program called Pooch Perfect along with other judges Colin Taylor and Jorge Bendersky.

Amber has been married to Jeff who is also her business partner. They tied the knot somewhere around May 17, 2007, and since then have been together. The couple is very much in love and often share pictures of one another through their social media account. They also have a son named Cooper. Amber is not much social on any networking platforms, nonetheless, she does operate her own Instagram account which accounts for over 2k followers. She does not seem too much active on any other platforms as well.

Amber has been an international styling expert and also has been handling the family business which inherited. Other than that, she worked as a judge on various television shows and is a very known personality in the industry. There have been no official records of her salary and net worth, but as of 2021, it is estimated that Amber’s net worth is approximately $1 million US Dollars. Her family has been in the business for a long and has an estimated net worth of around $6 million US Dollars.