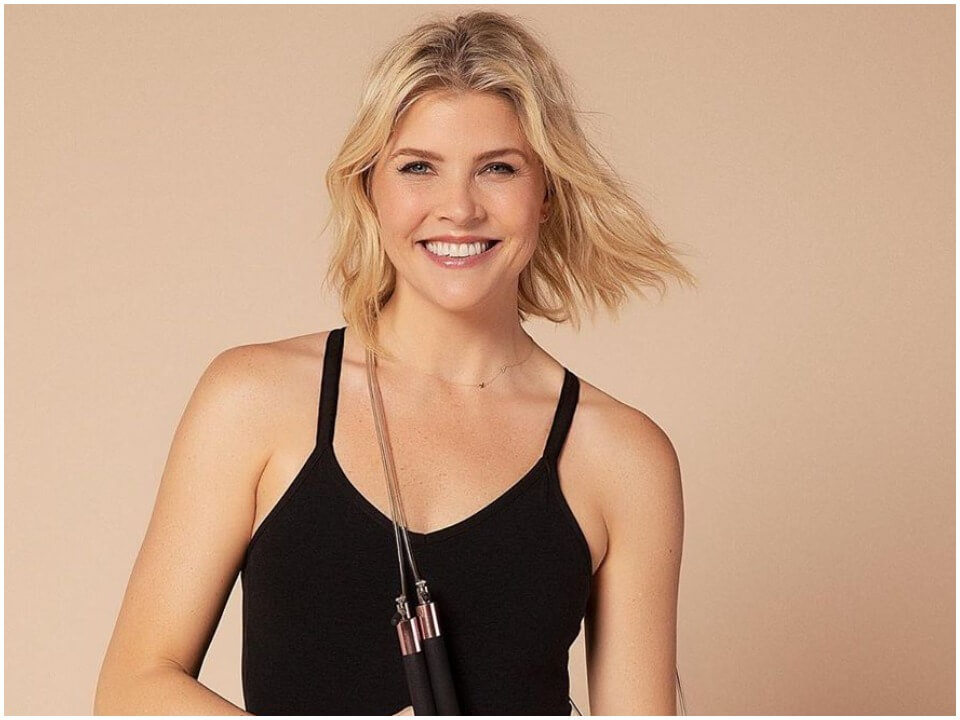 Amanda Kloots is an American- Canadian Broadway Actress and is also a celebrity fitness instructor. She has worked in various TV series and films like Ted 2, Good Morning America, and The Irishman. She was married to Tony award-winning actor named ‘Nick Cordero’ who fought a very hard battle with Corona Virus. Almost after two months of struggling, due to complications of COVID 19, Nick took his last breath on 5th July 2020.

Amanda Kloots was born on 19th March 1982 in Canton, Ohio, United States of America. She follows American and Canadian nationality. Her mother’s name is Maureen Kloots and not much information has been given about her father and siblings. At the age of 10, she did professional coaching of Ballet dancing. She hasn’t shared much about her schooling but has studied performing arts. She has also participated in various school activities such as plays. Amanda grew up dancing and also performed on Broadway for almost 17 years.

She is a very hardworking and enthusiastic actress who got a chance to perform in Broadway shows. Amanda started off her career being a professional dancer and did work as a casting assistant for few MTV reality series such as Damage control in 2015. Later she starred in a comedy film directed by Mark Wahlberg as a dancer. Later in 2019, she appeared in a crime film named ‘The Irishman’. Her work was appreciated a lot by her fans and because of her popularity, she appeared in a popular chat TV show named “Good Morning America” in 2020.

Along with acting she decided to become a Physical fitness trainer and has worked with various celebrities as well. She introduced various fitness programs such as AK! Rope, AK! Dance, AK! Body and AK! Baby Bump. She has expanded her fitness in many other parts of countries such as Paris, Miami, Cape Town, Bali, Boston, and The Bahamas. She also runs her own website, where she shares her fitness technique. After the death of her husband, she tried to move on and participated in Dancing With the Stars. She made her debut on the stage of DWTS by saying that it’s a way to find herself again after the demise of Nick.

She was married to a musical theatre artist named David Larsen for seven years. They never get to spend quality time together because of Tour and work, Later the marriage was called off.  After her divorce, she met Nick and started dating and later was married to him. They got married on 3rd September 2017 and were featured in Brides Magazine. Her Late husband had gone through several complications because of Corona Virus.

She also has a baby named Elvis Eduardo Cordero who is just a year old. She was devastated by her husband’s death and had requested her fans to stay safe during this pandemic. As the day passes by she is bleeding from the inside but has to keep the smile on her face so that she can keep their baby happy. She also tries to distract her mind and focused on her fitness regime. Amanda received overwhelming supports from her family as well as close friends which helped her to overcome the grievance of lost her love.

Amanda Kloots is one of the well-known celebrity fitness actors and a Broadway actor. She has also expanded her fitness brand to various other countries as well. Her net worth is estimated at around $1 Million.