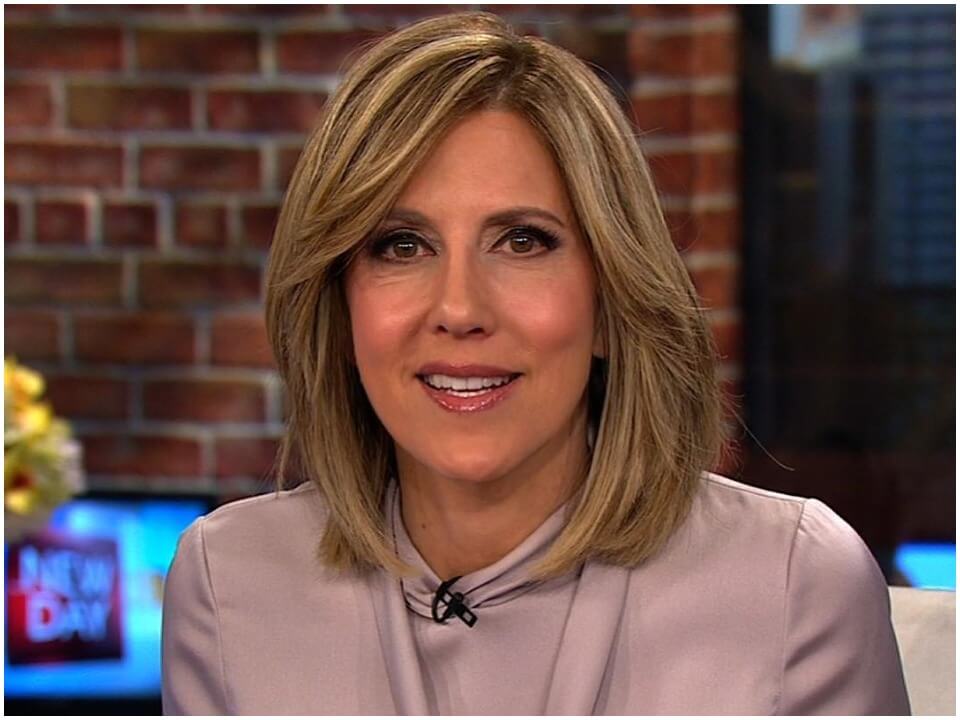 Alisyn Camerota is a beautiful and talented American journalist and a political commentator who is popularly known as the former presenter of Fox News. She has also been famous for covering national as well as international news and has played the role of mentor for many youngsters or freshers who dream to be a journalist.

Alisyn Camerota was born as Alisyn Lane Camerota on June 21, 1966, in Shrewsbury, New Jersey in the United States of America. She was born to an Italian mother and an American father and her parents’ names have not been revealed. She grew up with her only brother who names is not known but he currently works as an abdominal surgeon.

As a student, Alisyn did attend the school and high school about of which the names have not been revealed. After completing her school education, Alisyn enrolled for the American University in Washington D.C. from where she graduated with a degree of B.A., majoring in broadcast journalism and a minor in criminal justice.

After graduating from the University, Alisyn worked as a reporter and a news anchor for WHDH station in Boston. She then moved to WTTG in Washington DC to work as a reporter and as a result, she gathered all the information relating to taboo and the controversies related to the popular show America’s Most Wanted.

She then worked on Ted Koppel’s documentaries and in 1988, she got her major breakthrough as she was able to join the Fox News Channel. At Fox News, she worked as a news anchor in the Boston Agency. Later, CNN and CNN International announced that the CNN News teams were joined by Alisyn where she serves as a TV Anchor. She also co-anchored on CNN’s New day the next morning.

Recently, CNN announced that Alisyn Camerota and John Berman will leave New Day after working as its host for six years. In the recent interview, Alisyn and John were seen saying emotional goodbyes to their fans and audiences. It is announced that now Camerota will move to the afternoon shows where she will co-host with Victor Blackwell and her place in the New Day will be taken by Brianna Keller in the next iteration.

In the interview, Alisyn mentioned that it was beautiful working with them and even thanked them and also mentioned that it was the crowning moment of her life and also John was seen saluting Alisyn for being perfect in all the tasks she did. The co-host surprised Alisyn by narrating segments and dedicating them to Alysin’s texting John shots of her wardrobe of the day so that they could coordinate properly to which Alisyn was genuinely surprised and moved by the touching, funny, and delightful montage.

About her personal life, Alisyn dated Tim Lewis and after spending some time together, the couple decided to marry each other in 2002. They live together for more than 15 years now and have 3 children which are two fraternal twin daughters and a son who was born in 2010. Later in an interview, she even talked about her infertility.

According to the online sources, Alisyn is a hardworking, passionate and independent woman who is dedicated and focused on her work. She earns an estimated net worth of $ 2.5 million USD which she earns through her career as a journalist and an anchor. Her net worth is expected to increase after she starts working as a co-host with Victor Blackwell in the afternoon show.