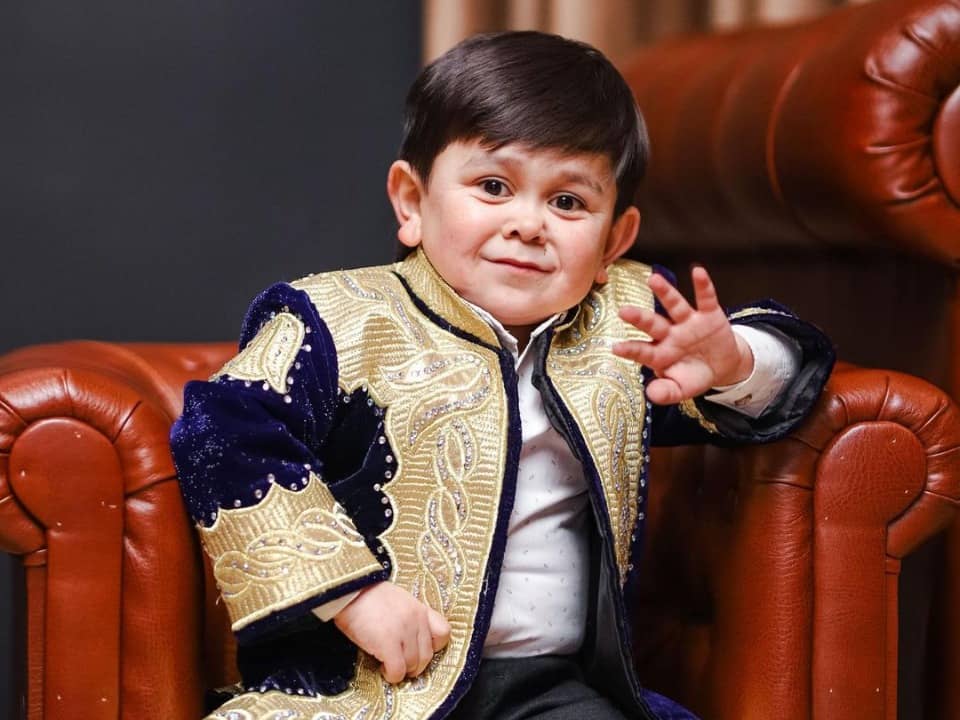 Abdu Rozik is a Tajik singer who became the world’s smallest singer. Being a native of Tajikstan, he quickly gained fame and fan following because of his unique talent of singing Tajik rap songs. He can be seen on a YouTube channel that is called by the name of Avlod Media. His channel has covered almost 350 K subscribers. Recently he also gained headlines in the leading media because of the latest news about Abdu vs Hasbulla fight.

According to the sources, Abdu Rozik is currently 18 years old though his exact date of birth is still unknown. Rozik was born in 2003 and belongs to the gardener family. His family belongs to Gishdarva village in one of the districts of Tajikstan. Rozik suffered from rickets in his childhood and belonging to an ordinary lifestyle, his family couldn’t manage to raise money for his treatment. This eventually led to his stunting growth.

At the age of 16, he is merely 12 kg. Currently, Abdu Rozik has moved to Dushanbe city where he is financially supported by a Tajik blogger and rapper named Baron. Baron first recognized Abdu’s talent and persuaded his father allowing him to make a music career with Abdu Razik. Baron took Abdu for medical examination and found that Abdu’s condition could be treated if he would have had gained the height of 40-50 cm.

Abdu Rozik has recently been in the news because of his upcoming MMA fight. He is all set to face a fight against Hasbulla Magomedov. The fight is reportedly being organized by Chechen MMA fighter Asxab Tamaev. While the date of the stretch is yet to be confirmed, the media has heated the news between the two personalities and the news went viral on all the news channels and media platforms.

Belonging to music blogger and rapper, Abdu Rozik attracted 5 million views on almost each of his videos. He is supposed to make a huge amount out of his YouTube media channel. However, he has not revealed in public about his net worth or salary basis that he had won out of his fame. His new fame over TikTok is expected to add to his net worth. He has earned pretty pennies from his rapping and music career.