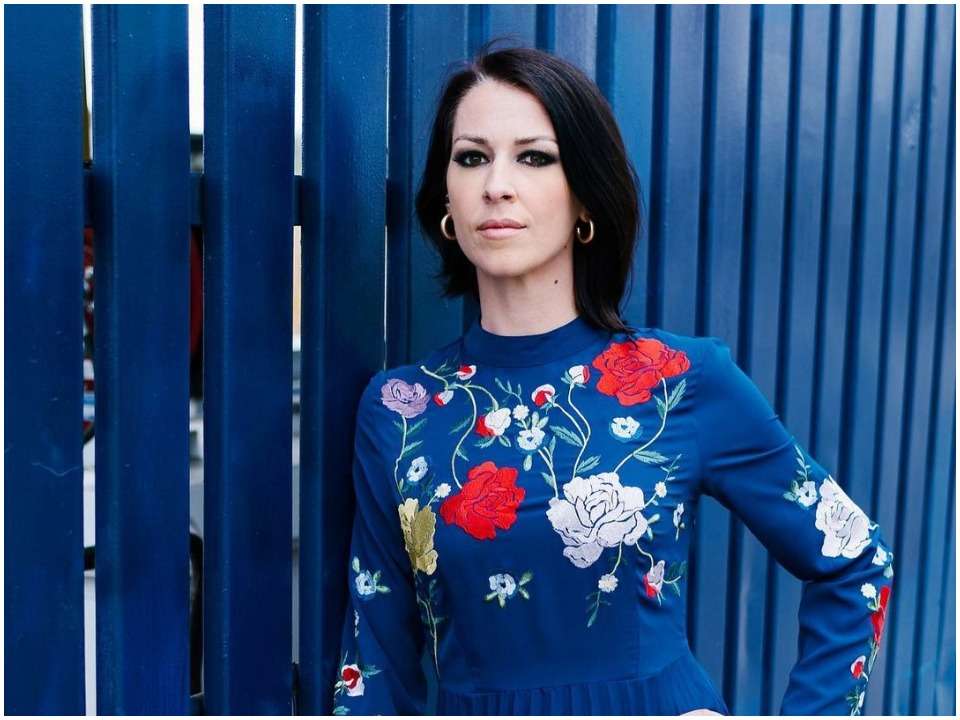 Abby Martin is a television presenter who is best known for her “citizen journalism” website named “Media Roots”. She has also appeared in one of the documentary films that was based on the condition of news media in the United States and named “Project Censored The Movie: Ending the Reign of Junk Food News (2013)”. Martin was the host of “Breaking the Set” which was sponsored by the network “RT American from 2012 to 2015 and which launched the series “The Empire Files” in the same year on Telesur that was further released as a web series.

Abigail Suzanne Martin was brought up in Pleasanton, California where she went to Amador Valley High School and graduated in 2002. She became interested in journalism at the time when her boyfriend in high school got himself enlisted in the military after the September attack of 2001. Later, she went to San Diego State University and received her undergraduate degree in political science. In 2004, she was one of the members who campaigned for John Kerry’s presidential campaign but later got disillusioned with the left-right paradigm. Martin began her career as an investigative journalist for San Diego-based online news site and later, she moved to Northern California.

In 2008, Martin was the part of 9/11 Truth Movement which was based on her own 9/11 Truth group in San Diego. Shortly after, she began her show on RT. In an interview with Mark Crispin Miller, she stated that “Media dismiss the things which are too controversial like a conspiracy theory.

In 2009, Martin found the organization named Media Roots that was a citizen journalism platform used for reporting news. She began working as an independent journalist for her own outlet “Media Roots” and began covering the news related to Occupy Oakland’s actions during the Occupy Wall Street movement in 2011. Her documentary based on the Oakland protest was used by a family of Scott Olsen by a 24-year-old former Marine and Iraq War veteran, in a lawsuit against the Oakland Police Department. Her footage was used to put forth the argument that the protest was non-violent at the time when Olsen was allegedly hit with the police projectile. At that time, Martin’s work was noticed by RT and she was later started using as a correspondent by the network. Later, she moved to Washington, DC in the fall of 2010.

Breaking the Set and working with RT

Martin started doing her show on RT and she continued doing so from 2012 to 2015. The program described itself to be a cut between the right and left paradigm set that is hard to establish and also reports the hard facts. In 2014, Martin gained a lot of attention due to her criticism of the coverage of the pictures on the show. She closed her show on 3rd March 2014 with a minute longs statement denouncing the Russian Military intervention in Ukraine and later in February 2015, she left RT.

As of 2020, many sources reported that Abby martin was dating her boyfriend named Mike Prysner. The journalist often posts her pictures on Instagram and other social media platforms along with her only boyfriend. They were spotted together while being on their summer holidays in Las Vegas back in 2015. Later she married her boyfriend and now they are having a child together who was born on 31st May 2020.

Abby Martin’s net worth is estimated to be around $5 million. This figure further included her commitments with the network and the contractual amount that she gets apart from her base salary.